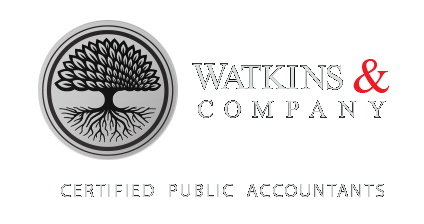 Prior to joining Watkins and Company, Kendyl worked as an accountant for an accounting firm in Warrensburg, Missouri.  Her responsibilities included bookkeeping, payroll, and taxes.

Kendyl graduated with a BS in Accounting from The University of Alabama at Birmingham.  She has high hopes of receiving her CPA in the future.

Kendyl is from Tuscumbia, AL and moved to Missouri for her husband, who is in the Air Force.  They decided to move back to the South to be closer to family.  Her husband is now in the Guard in Jackson, MS working on becoming a C-17 Pilot.  Kendyl has a step-daughter, two dogs, and a bearded dragon.  Kendyl and her family have now moved to Brandon, MS.  When Kendyl is not working she enjoys watching TV shows, running, and spending time with family and friends.